So my story begins back in 2014 when I decided to buy my 2002 WRX. I always wanted a WRX/STi and I had just sold my Impreza 2.5i so that I could finally get one. I found this 2002 WRX on Craigslist for $8500 and it already had a complete drivetrain from a 2005 STi but still the stock WRX EJ205. I went down the next day to look at it and test drive it, seemed ok but since I was so blinded by the fact that I wanted it so bad, I got ahead of myself and left a deposit. So like a week later I pick it up, second day of me owning this car, the Check Engine Light comes on. Immediately my heart sinks. From day 2 up to 1 year later, nothing but CELs and running rough and a ton of money thrown into parts trying to fix the many problems and even a ticket for "Failure to Inspect" since I had so much trouble passing inspection because the CEL would always be on and that makes it fail here in New Jersey.

So now fast forward to September 2015, one year after buying the car. I started up my car one morning and backed down the driveway, the car starts billowing smoke and after I barely get it back up the driveway, coolant/oil mixture is now pouring out of the exhaust and I can also hear gurgling through the air filter and turbo inlet. Found out later upon taking the engine apart, both heads were cracked around the valves.This was no doubt the last straw. I knew right then I was just going to cut my losses and swap this engine. The weekend after the engine went, I was supposed to get a roll cage done at Broken Motorsports in Union City, NJ for my rally car build. Luckily enough the owner, Bill Petrow, assured me that they have done a ton of engine swaps for Subaru and he recommended get an EJ207 and specifically buying it from JDM Racing Motors. The most stressful part about an engine swap is making sure you don't waste your money and buy another crap engine. Broken Motorsports assured me that they buy from JDM Racing Motors all the time and NEVER have any problems with their parts. Of course with Broken Motorsports being very well respected, I of course believe them when they recommend someone. I also looked at the reviews online anyway and I only heard great things. So with all of the good reviews AND the fact that they show the compression test video and give you the 30 day warranty, I pull the trigger and buy the EJ207. I paid $4300(including shipping from QC to NJ) for a beautiful, low mileage JDM Version 8 EJ207! I'm sure you could find one cheaper, BUT you definitely get what you pay for! I wouldn't waste my money buying an engine or drivetrain from anyone but JDM Racing Motors!

Now it's October 2015, the EJ207 arrives at Broken Motorsports on the pallet, and of course I came in to check it out. I honestly can't even describe the feeling. It looked brand new and was so clean! I'm mad that I didn't take a picture to show how good it looked! Then just a couple days later it was in my car. I came back to the shop, Bill took it for a test drive just to make sure everything was good, which it was of course, and then I took it home. That 40min. drive from Union City to my home in Piscataway was the best drive I have ever taken in my car. For once it idled right, it ran smoothly, it sounded perfect, and it had nice power! About a week after getting it home, I took it over to Precision Tuning to have it tuned. I had one tune on the JDM ECU just to make sure it was good, and then more importantly had a tune put on the USDM WRX ECU so that I could pass inspection. Now for the first time of me owning this WRX, I passed inspection and I have it running smoothly. Before the swap, I barely drove the car because I was too afraid I would break down. Now I can go for a road trip confidently! I definitely could not be happier!

Today the car is still running better than ever! I finally have my dream car and it's all thanks to JDM Racing Motors, Broken Motorsports, and Precision Tuning for helping me out!

The car is currently tuned using the Carberry.rom and laying down 300whp and 278.50 ft-lbs of torque.

Torn on whether to add the antilag (definitely could not use too much).

In summary, with the horror story past I had with the old engine, it was a real breath of fresh air to now have the EJ207 from JDM Racing Motors. Now I can actually get in my car and enjoy it again without having to worry if I'll even make it back home.

A HUGE Thank You to everyone at JDM Racing Motors! I'm so honored to be asked to share this story on the website. It's really just a small gesture compared to the peace of mind you have given me. 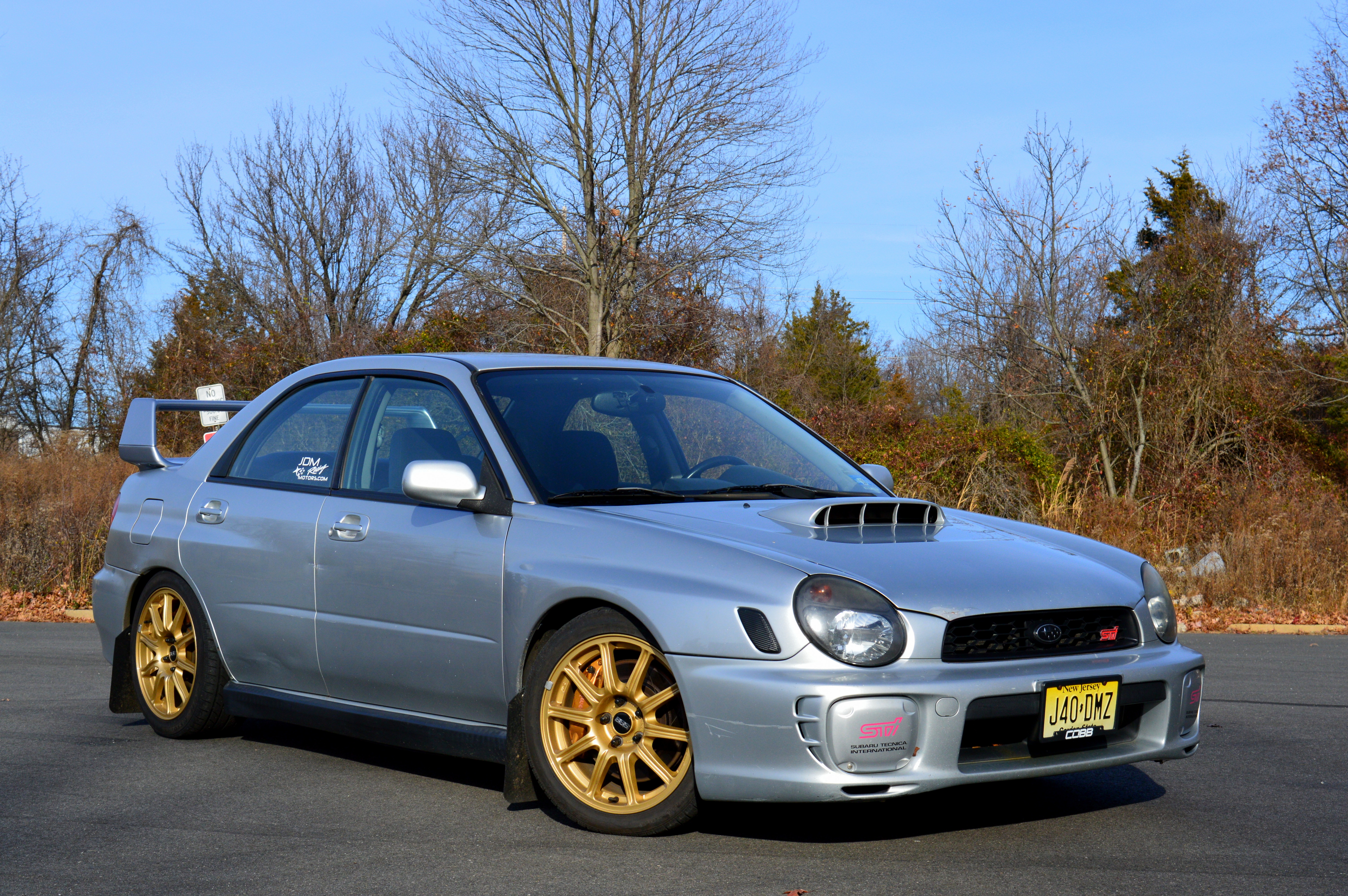 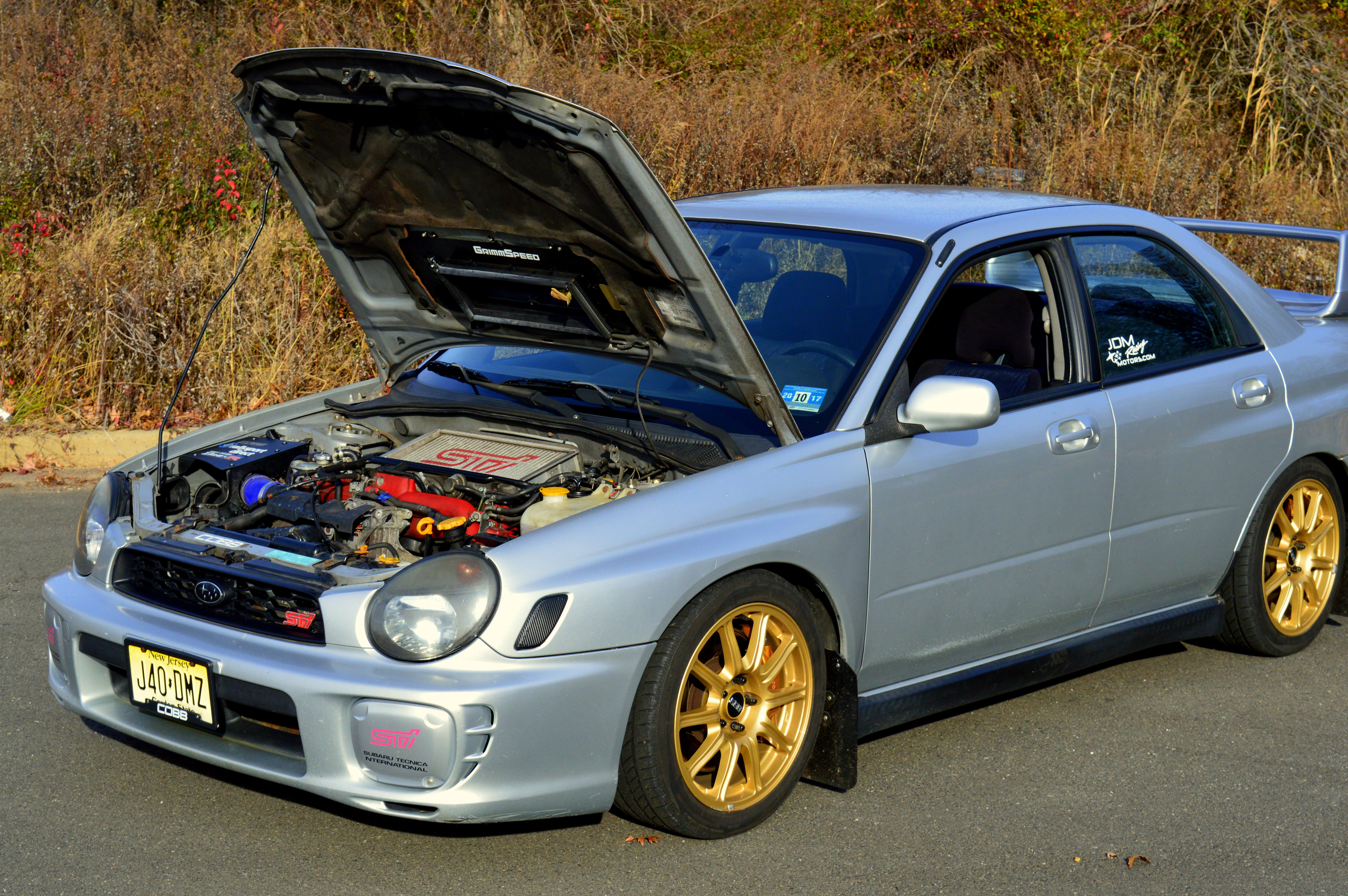 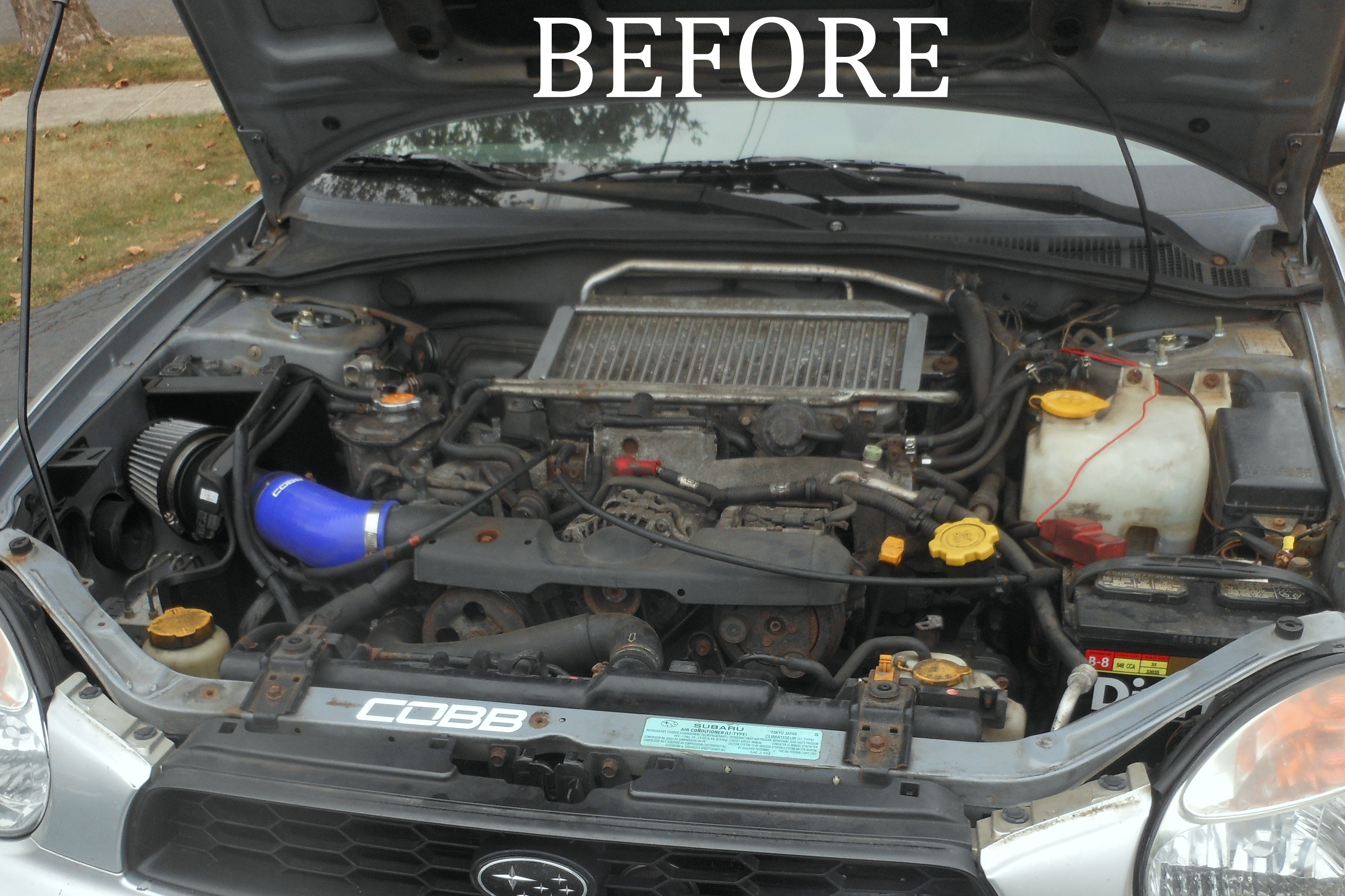 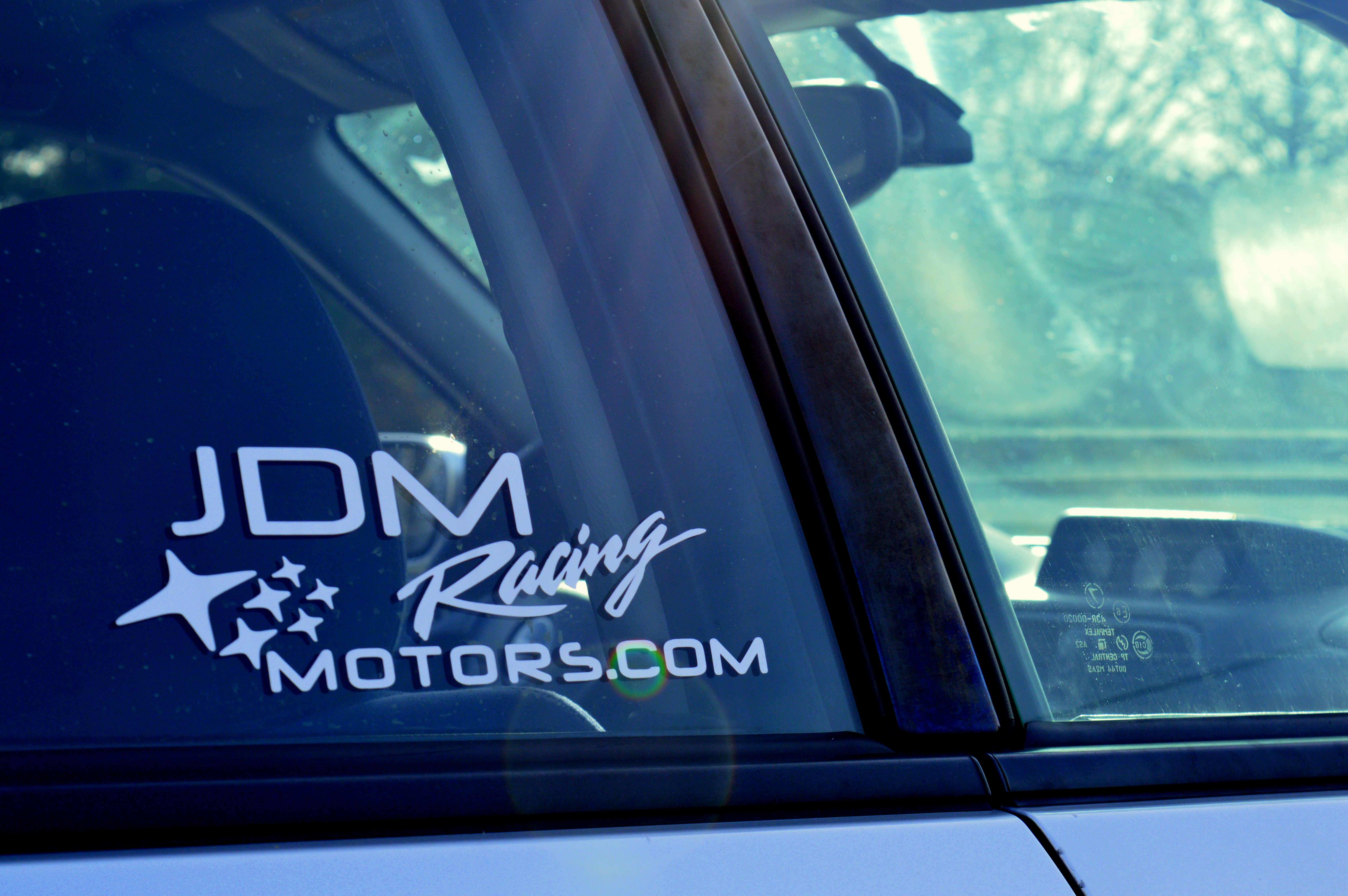 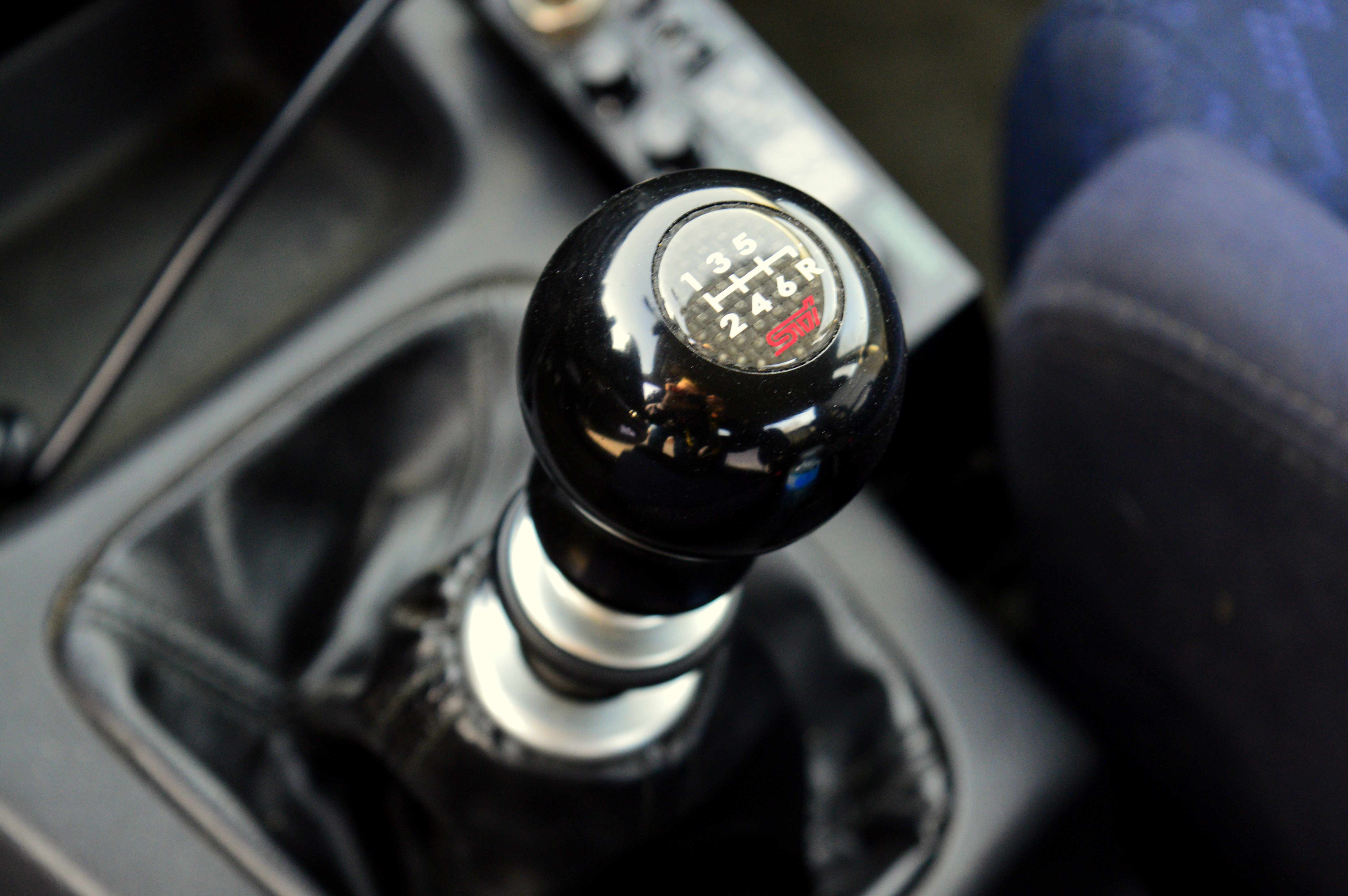